Gordon & Doner applauds the ruling of the Florida Supreme Court to repeal a 2003 law that inhibited attorneys from representing an injured worker and was a violation of due process.

Gordon & Doner supports the April 28th, 2016 decision by the Florida Supreme Court that found a 2003 law (Section 440.34) unconstitutional under both the Florida and United States Constitutions as a violation of due process.

The 5 to 2 decision by the court will alleviate the impediment created because of the fee system imposed by Gov. Jeb Bush in 2003. The law was a high priority for Bush, who made it part of a special legislative session. He said at the time that the rising cost of workers’ compensation insurance was making it unaffordable and in some cases unavailable. The fee limits were based upon a percentage of the amount of money won in a claim, so if an injured worker had a $3,000 claim, the attorney would receive no more than $600.

Even though the $3,000 claim would be important to a $10 an hour worker struggling to make ends meet, the $600 attorney fee could equate to $6 an hour or less, depending upon the number of hours an attorney had to work on a case.

The case that precipitated the Florida Supreme Court ruling was Castellanos v. Next Door Company. The case involved a man who successfully sued a Miami door manufacturer over an on-the-job injury. His lawyer was paid $164.54 for more than 100 hours of work or less than $1.64 an hour.

In its ruling, the court said the fee limits are unconstitutional because they resulted in a system where people can’t find lawyers to represent them at the imposed fee limit rates. It has also been ascertained that the law led to insurance companies denying legitimate claims knowing that injured workers wouldn’t be able to fight the decision, since they would not be able to find an attorney to take the case for such a potentially low fee.

The office of Florida Governor Rick Scott is reviewing the decision by the court.

The law offices of Gordon & Doner urge any injured Florida worker to seek legal counsel, especially if they have been denied any benefits to which they were entitled due to a work related injury.

Gordon & Doner is a law firm with locations in Broward, Martin, and Palm Beach counties. The firm has 15 attorneys with over 180 combined years of experience in personal injury and litigation ready to assist anyone with their case. Their team of highly skilled attorneys has obtained millions of dollars in results for their clients and can help fight for maximum compensation.

At the law offices of Gordon & Doner, they represent the people, not the powerful. Their firm is dedicated to representing and fighting for the rights of the injured.

Gordon & Doner does not represent or defend insurance companies. 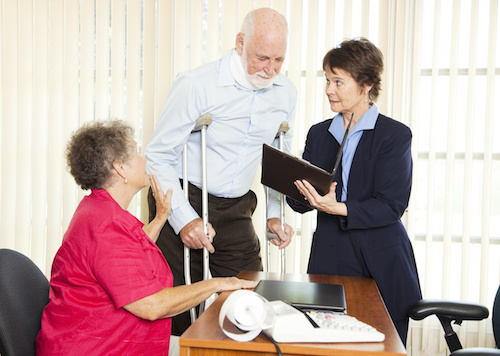 When someone is injured on the job they are entitled to workers’ compensation benefits. Workers’ compensation claims are most commonly filed after a work-related injury. Individuals are guaranteed payment if the injury disables you from returning tow work for a period of time in the form of weekly compensation, permanent impairment benefits, payment of medical bills and vocational rehabilitation. The income is non-taxable, and approximately two-thirds the average wage of the injured worker.

Adam Werner, a worker’s compensation attorney is here to answer your questions!

A workers’ compensation benefit protects employers and employees, and eliminates potential litigation. Collecting money on workers’ compensation is a compromise; you give up the right to sue an employer for pain and negligence. Additionally, you cannot be compensated for pain and suffering. A mere two types of employees are exempt from filing workers compensation claims: those who work as a vessel crew member, and interstate railroad workers. For these individuals, there are two respective federal laws: the Jones Act for crew members, and the Federal Employers Liability Act (FELA), that protects railroad workers of railroads that operate in more than one state.

Personal injury claims are based on fault. An individual must prove negligence on the part of a third party, and are eligible for pain and suffering damages, lost earnings capacity, medical bills – current and future – and permanent impairment. Personal injury attorneys may require clients to sign a retainer agreement, outlining exactly what they will be required to pay when the case is finalized. Be prepared to expend time and money on a personal injury case. There is currently no cap on personal injury awards, which will be shared with your attorney. 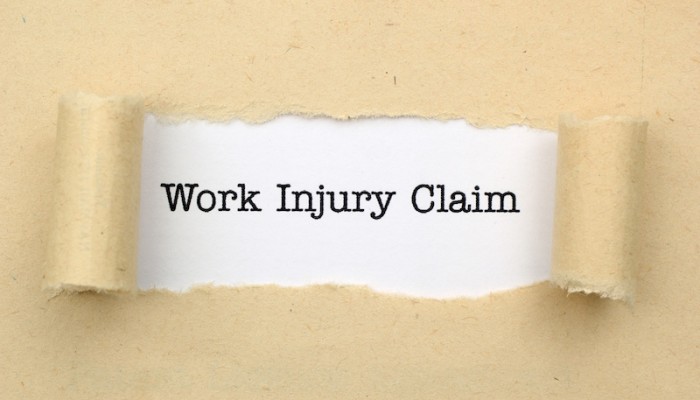 When you’ve been injured on the job, you have enough concerns without fretting over if and when you will get workers’ compensation benefits. You are entitled to them. Period. But that doesn’t mean insurance companies can’t make it difficult for you. Here are a few things you can do to make the processing of your claim easier, and more easily accepted: 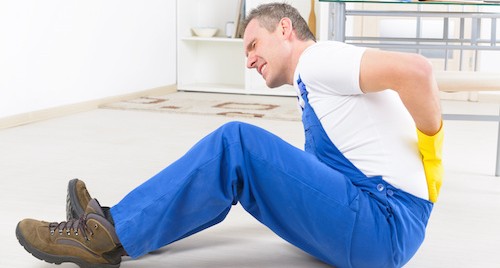 Work related injuries are common occurrences in the modern world and they can lead to casualties and injuries. With respect to this, any employee who gets injured in the course of employment may be eligible for compensation. In some cases, the claims may be wrongly denied making employees ineligible for compensation. In such cases, an employee can go ahead and file for a personal injury lawsuit. To battle a denied claim, it’s pragmatic to seek the assistance of a professional workplace injury attorney for effective handling of all the legal issues. If the injury claims are valid, then an employee is liable for compensation and that leads us to the next question.

What Compensation Are You Entitled To?

Lost Wages – As a result of workplace injuries, an employee may not be in a position to work any longer. This means that he or she is not in a position to earn income that would have been acquired if not injured. It is for this reason that some compensation must be made.

Medical Expenses – The treatment of personal injuries may come with hefty medical bills due to x-rays, diagnostics, therapies and surgery. In cases where the employee cannot cater for the medical bills, he or she requires compensation to cover any medical expenses that may be incurred after the injury.

If you are to receive compensation for your injury claims, it is important to look for a competent attorney. Make sure to check their credentials. Some of these credentials means that they are professionally qualified, validly licensed and consistency in track record. These are credentials that can help you settle on the best workplace injury lawyer.

Unfortunately, countless people are injured at work every day. The worst thing this is, is that many of the incidences could have been prevented. While you may be handsomely rewarded by filing a workers’ compensation claim, it would probably be a good idea to adhere to these tips so you can stop an accident before it happens.

One issue that many employees encounter is being injured while trying to escape during a fire. Even if there are countless fire exits in the workplace, this means nothing if people have no idea where they are. When you are initially hired, you should make it a point to locate several fire exits right away. This will help you avoid getting lost in the building if there is ever a fire.

Report All Of Your Injuries

Even if you feel like the problem was very minor, it’s in your best interest to let someone know about it as soon as possible. An injury may seem trivial, but could become a much larger problems later on down the line. Reporting any and all injury will serve as an insurance policy if you have problems with your employer later and you need to take legal action.

Sometimes work injuries are due to employees not being well rested before coming in and starting their shift. If the job does not require much physical exertion, it may seem like a small problem, but it can actually be pretty serious. For example, if you are using a ladder to reach a shelf at work, being tired can cause you to lose your balance and become injured.

Believe it or not, there are many people injured at work due to terrible office furniture. If you are required to sit at a desk for long periods, your chair can do a real number on your body. If you notice that you are having problems, speak with the boss and let them know that you would like new equipment. This is a much better idea than ignoring the issue and allowing it to get worse.

As you were told earlier, a large number of workplace incidences are preventable. Following all of the advice that you were given here will decrease the chances of you sustaining any injuries.

Fill out form below and we will contact you immediately. Remember, you have 30 days to report your accident or injury to your employer.